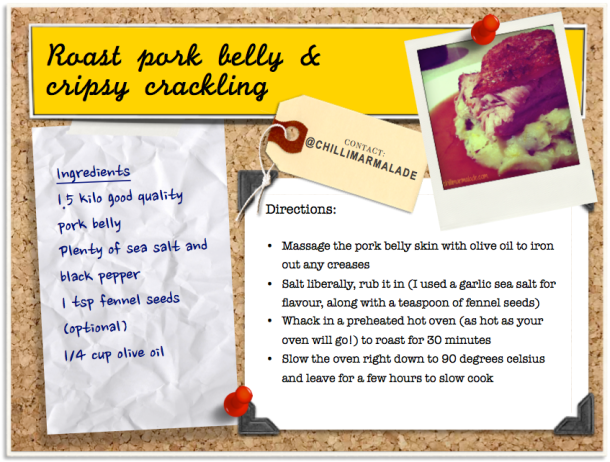 How do you like your roast pork? The answer for most people is probably tender and succulent – but with a crackling skin like thin, tasty, salty glass. For me, a good crackling is key. 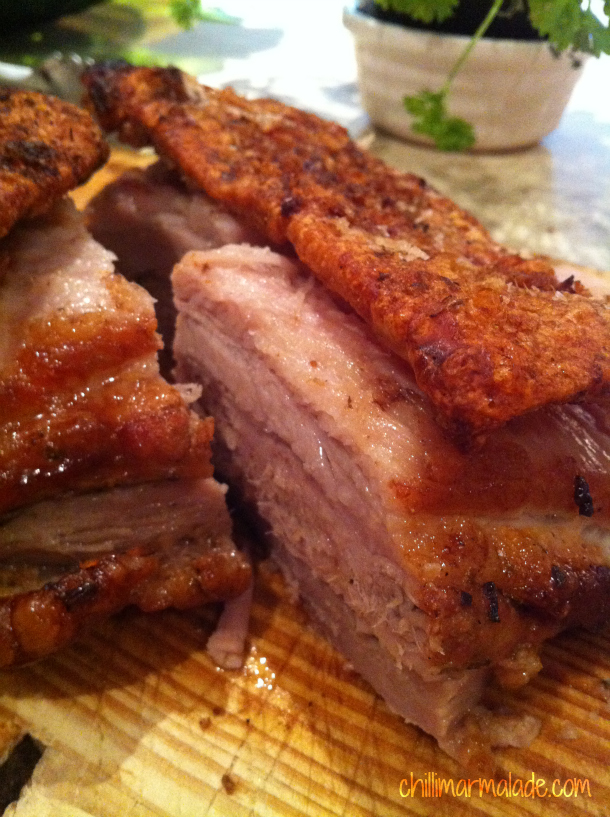 I mentioned in my post about my Chinese twice-cooked sticky pork belly that I had plenty of left-over pork ready for a roasting, so tonight was the night to try my hand at creating the very crunchiest crispy pork crackling!

I Googled around the internet for a while, reading other people’s recipes for inspiration, and found that there were just so many different methods. Everyone professes to know the secret of the crispiest pork crackling known to man.

So, I did what I always do when I can’t make a decision – I turned to Twitter!

I finally decided, after receiving some great (and very helpful, albeit, confusing) suggestions to go with the easiest route and roast my pork belly with four simple steps, as follows:

It really is that simple!

I used a really lovely wild garlic sea salt from a Swedish brand called Falksalt – it helped flavour the crackling and meat with a subtle garlic hint, without being overpowering. 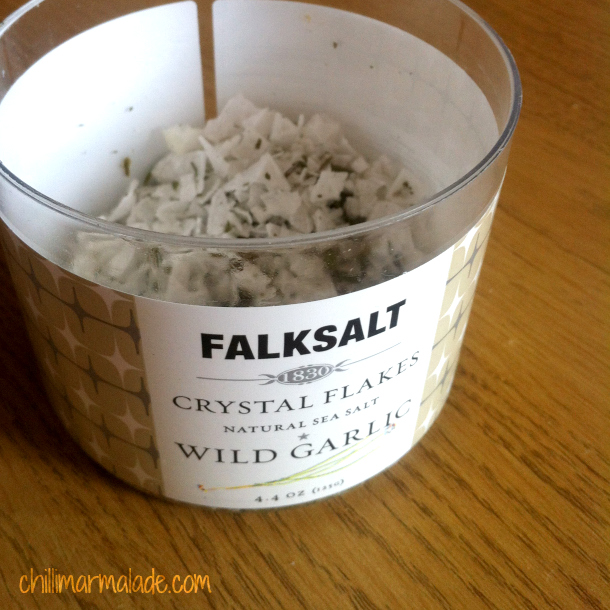 Here’s a one helpful pointer that I learned along the way – don’t use a ceramic dish to roast your pork, or this will happen: 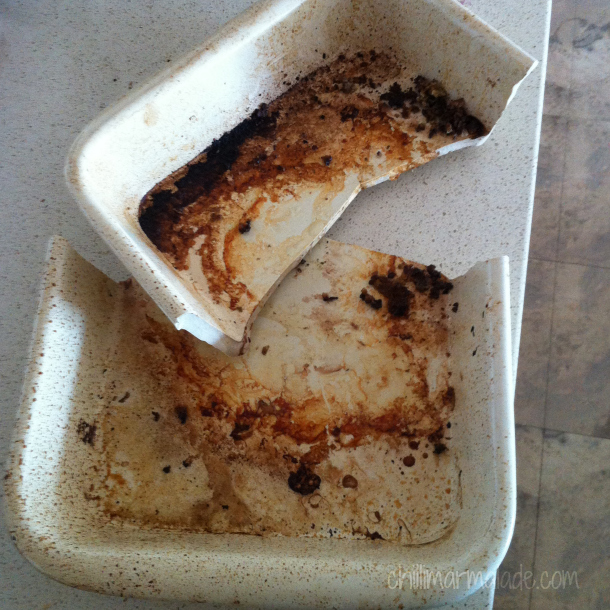 Also – next time I’ll be using a little less salt, as the crackling was a touch salty.

Other than that, follow my four steps and you can’t go wrong!

When I eventually took the pork out of the oven (after 2.5 hours of slow cooking), it was pretty close to perfect. The meat was tender, luscious, and fell apart when poked with a fork. 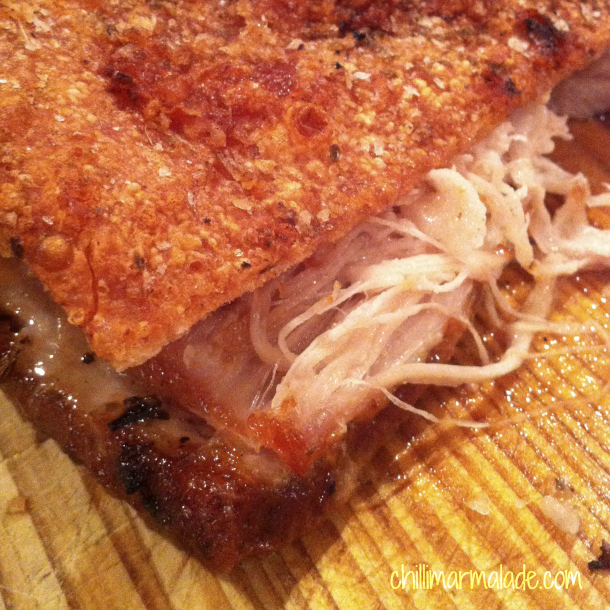 The crackling was crisp, but didn’t shatter the teeth, and had a satisfying snap with no chewiness.

I served a great big hulking slice of roast pork – crowned with a square of crispy crackling – atop a scoop of colcannon mash, with some gravy to finish off. A 1.5 kilo slice of pork belly would easily feed four people (or two people, with leftovers for roast pork sandwiches!) 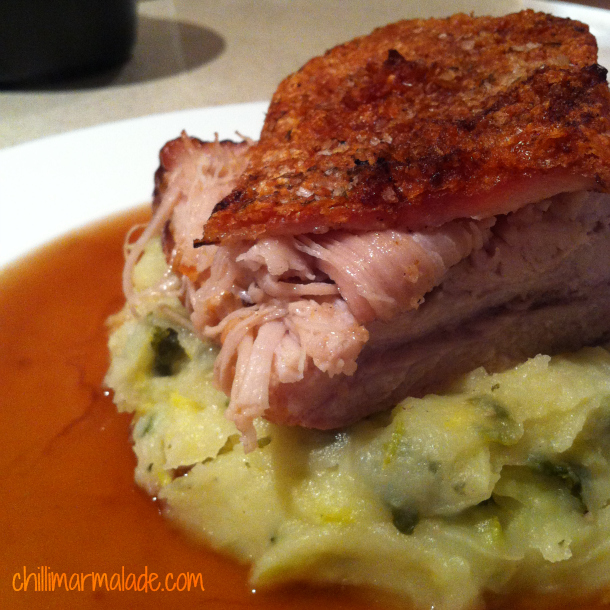 Want more pork recipes? Take a look at these:

Let me know what you think! Cancel reply